It has come to my attention that changes at the SSRN are on the horizon. Readers will already know of their helpful databases concerning law, business, economics, and accounting. The SSRN, however, is expanding in two ways. First, they are trying to make greater inroads outside the US. A new series in European law will be under way soon (if not already). I am hoping Newcastle will soon have a series on SSRN in a shortwhile too, as more British universities post paper series on SSRN.

Second, the SSRN has decided to expand their database to a new subject: political science. It will be interesting to see how this takes shape. I quite appreciate the SSRN as an invaluable vehicle for disseminating research, especially in rough draft form. However, much of my work fits well into law generally defined. I will be curious to see how quickly this new database expands and takes root. I'll certainly trumpet the idea around Newcastle's Politics department.
Posted by Thom Brooks at 11:45 am No comments:

Happy Hegel Day to one and all---well, on Sunday, 27th August that is! Georg Wilhelm Friedrich Hegel was born this day in 1770, now 236 years ago. Surely, one of the finest philosophers of all time. Even if his views on speculative logic are a bit too hard to swallow....
Posted by Thom Brooks at 4:44 pm No comments:

Ann Bartow has posted a terrific set of resources at Feminist Legal Theory For Beginners?. Many thanks to Larry Solum for the link.
Posted by Thom Brooks at 2:53 pm No comments:

The legacy of John Rawls...has arrived!

Fabian Freyenhagen and my The Legacy of John Rawls is doing alright: we should be going paperback by January with a new edition....if sales stay strong. See Amazon (US or UK).
Posted by Thom Brooks at 1:28 pm No comments:

In general, the best place to access information on jobs in the UK in philosophy and politics can be found at http://jobs.ac.uk -- if you click on philosophy or politics, I've linked directly to the relevant part of the site.

In addition, readers may want to check out the jobs sections at the Guardian and with the Times Higher Education Supplement.
Posted by Thom Brooks at 8:41 am No comments:

I have just accepted an invitation to the editorial board of Philosophical Writings, edited by Michael-John Turp. Their website can be found here. Information about the journal is here:

Philosophical Writings, the journal for advanced postgraduates and newacademics, is currently accepting essays for the next issue. Submissions are invited on any area of Philosophy so long as they are treated in an analytic style. Founded in 1996, Philosophical Writings is an international journal published tri-annually in the University of Durham's Philosophy Department.Submission guidelines are available on our webpage:http://www.dur.ac.uk/philosophical.writings

Belated congratulations to Dr Fabian Freyenhagen, Gerry Hough , and Dr Doug Ryan wo have recently, formally received their PhD's from Sheffield University's Philosophy Department. In recent years, Sheffield has done incredibly well in placing graduates in permanent and temporary positions across the UK and Ireland. For example, the following have all graduated recently from Sheffield (noting current position):

There are surely far more on the way. A truly remarkable list of recent success, bound to grow quickly. My guess is Doug Ryan is next. So if anyone knows a department that needs a fantastic philosopher of colour/metaphysician....

Posted by Thom Brooks at 7:03 pm No comments: 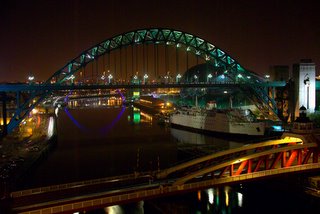 Good news for bad students. Often students worry that performing poorly in their studies will reflect badly on their hopes for seeking employment. Luckily for these poor souls, employers only rarely care which university you go to (14%) and what degree classification you've earned (24%). Phew! Now let's have a second round of pints....
Posted by Thom Brooks at 9:51 am No comments:

How many universities are too much?

======
This question is prompted by visits to a number of smaller (in terms of population) countries in the past year or two: what counts as a saturation point for a country in terms of having enough universities? To focus the question, consider only those universities - call them research universities - which can award PhDs, and actually do so on a regular basis. Of course universities differ in size, but still, based on nothing more than a few alcohol-fuelled conversations with philosophers from Estonia, Denmark, Norway, Ireland, Croatia, Hungary, Israel and Portugal, here is my thesis: a country is unlikely to be able to sustain much more than one research university for each million of its population.

By this calculation the US should have about 275 research universities, the UK about 60, Canada 30, and Australia 20. You can check out the populations of the countries of the world here. I don't know how to check how many PhD awarding institutions there are in different countries. The figures work out reasonably well for the UK. There are more than 60 universities, but some of these barely have a research mission. Canada and Australia can't be too far off. As for the US, is 275 a reasonable estimate of the number of research universities?

Of course there are many developing countries which have nothing like one university per million. But I'm interested to know whether this is a reasonable maximum. Are there countries which manage to have more than (roughly) one PhD awarding institution per million? And has there been any discussion of this question?

My reply? Well, I say only the following:

This is a fascinating question. For one thing (against the view of one commentator above), I think it ridiculous to assume there should be only one university....but it looks like a troll message so I'll just leave it at that.

My guess is that perhaps (as much as I am all in favour of the expansion of higher education) one university for every one million people is a bit much. Thinking only of my beloved state of Connecticut, the major research universities are clearly Yale followed by UConn and then by Wesleyan, Central SCU, and Southern SCU, perhaps CT College, too. That's two admittedly very major PhD awarding universities followed by a handful...and I simply don't know if all the others award PhD's or not (and my apologies for not knowing). In terms of research universities, I would have thought that my home state of 5+ million people had two or three...although a great many other colleges/universities of note (not least Trinity College, etc.).

All that said, it is a good question. How much should each country have? Do some countries support too many or too few? No easy answers.
Posted by Thom Brooks at 6:38 pm No comments: