It is official: Guinness IS good for you! 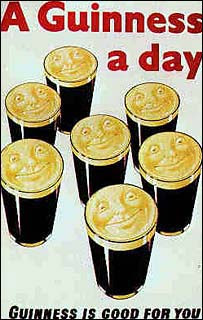 A broken heart can break your heart 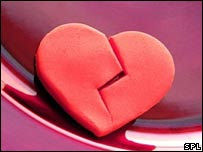 Details can be found here from the BBC.
Posted by Thom Brooks at 12:23 pm No comments:

An interview with Martha Nussbaum

I am delighted to say that the wait is over: my new monograph, Hegel's Political Philosophy: A Systematic Reading of the Philosophy of Right, is hot off the press. It is published by Edinburgh University Press and distributed in the United States by Columbia University Press. (It can be found at Amazon.co.uk. Orders in North America can be made here or at Amazon.com---although Columbia has posted the wrong author! I will note when this is changed.)

"Hegel’s Elements of the Philosophy of Right is widely acknowledged to be one of the most important works in the history of political philosophy. It is broadly agreed that Hegel intended this work to be interpreted as a significant part of his greater system of speculative philosophy. Where disagreement occurs is on the question of the relevance of Hegel’s larger philosophical system to understanding his Philosophy of Right.

This is the first book on the subject to take Hegel’s system of speculative philosophy seriously as an important component of any robust understanding of his Philosophy of Right. It sets out the difference between ‘systematic’ and ‘non-systematic’ readings of the text before discussing important, relevant features of Hegel’s system, in particular, the unique structure of his philosophical arguments.

The greater part of the book demonstrates the results of this systematic reading by exploring several areas of Hegel’s political philosophy: his theories of property, punishment, morality, law, monarchy, and war. It is shown that by looking beyond the text to Hegel’s larger philosophical system, we can achieve an improved understanding of Hegel’s Philosophy of Right."

‘A very welcome addition to the literature on Hegel’s political philosophy.’
Professor Stephen Houlgate, Department of Philosophy, University of Warwick


It is my hope this book will make a positive addition to the literature on Hegel's political and legal philosophy, both in terms of clarifying his positions on contentious issues (punishment, law, morality, monarchy, etc.) and ending the so-called 'metaphysical' versus 'non-metaphysical' debate...in favour of a 'systematic' view of Hegel's work (rather than a 'non-systematic' view). This change will allow us to not only make best sense of Hegel's writings, but best capture the fundamental difference between competing interpretive camps on Hegel's work.

(Taking inspiration from Joseph Raz, I took the cover photo for the book and plan to continue this practice with my other books whenever possible.)
Posted by Thom Brooks at 10:22 am No comments: