I am delighted to announce that I will soon be moving to a new position at Durham Law School from December. I will be Reader in Law - and I will be an associate member of the Philosophy Department. I have worked at Newcastle University since 2004 and currently Reader in Political and Legal Philosophy. While I have enjoyed my time in Newcastle, I am looking forward to working with some outstanding colleagues in Durham.
Posted by Thom Brooks at 4:54 pm 6 comments:

Details here. Key quote: "to anyone paying the slightest bit of attention to facts, Ryan’s speech was an apparent attempt to set the world record for the greatest number of blatant lies and misrepresentations slipped into a single political speech. On this measure, while it was Romney who ran the Olympics, Ryan earned the gold."
Posted by Thom Brooks at 11:14 am No comments:

Posner on the incoherence of Scalia's "originalism"

A thorough and convincing critique from teh The New Republic found here.
Posted by Thom Brooks at 11:05 am No comments:

. . . and what a delight to discover in my inbox! My New Waves in Ethics was published by Palgrave Macmillan last year and reviewed in the Notre Dame Philosophical Reviews here.
Posted by Thom Brooks at 10:46 am No comments:

Thom Brooks on "The British Citizenship Test: The Case for Reform"

. . . appears in the current issue of The Political Quarterly here. The abstract:

"Immigration presents a daunting challenge to successive British governments. The public ranks immigration as one of the leading policy issues after the economy and employment. There is also greater public support for stronger immigration controls than in many other countries. In response, government strategy has included the use of a citizenship test. While the citizenship test is widely acknowledged as one key part of immigration policy, the test has received surprisingly little critical analysis. This article is an attempt to bring greater attention to serious problems with the current test and to offer three recommendations for its revision and reform. First, there is a need to revise and update the citizenship test. Secondly, there is a need to expand the test to include questions about British history and basic law. The third recommendation is more wide-ranging: it is that we reconsider what we expect new citizens to know more broadly. The citizenship test should not be viewed as a barrier, but as a bridge. The focus should centre on what future citizens should be expected to know rather than how others might be excluded. The test should ensure that future citizens are suitably prepared for citizenship. There is an urgent need to improve the test and this should not be an opportunity wasted for the benefit of both citizens and future citizens alike."
Posted by Thom Brooks at 2:36 pm No comments: 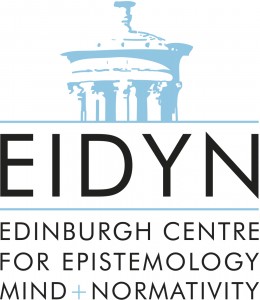 Excellent news from north of the border. There is a new research centre launched at Edinburgh University called Eidyn: The Edinburgh Centre for Epistemology, Mind and Normativity. The centre will be home to a number of funded and pilot research projects within these areas. There will also be postgraduate students, postdoctoral fellows, and visiting professorial fellows attached to the centre.
Posted by Thom Brooks at 9:50 pm 2 comments:

. . . found here in the New York Times. This may be uncomfortable reading for Romeny-Ryan supporters as it comes from a former member of the Reagan administration.
Posted by Thom Brooks at 3:32 pm No comments:

November 24, 2012, will mark the tenth anniversary of John Rawls passing away. The Global Justice Program at Yale University will mark the occasion with a full-day meeting on November 30 to which friends, admirers and critics of Rawls are cordially invited. We chose this date because November 24 is too close to Thanksgiving.

FUNDING
We are unfortunately not able to fully cover costs but will make an effort for all those who register by November 1 to match student guests with local students and to get discounts at a local hotel for the other guests. We will provide food and good cheer and assemble an outstanding critical audience for six papers to be presented. Selected presenters will get priority placement with local students and, if resource-constrained, up to $400 in travel funds. In notifying winners in late October (see below), we ask them to tell us asap whether they will need support and, if so, how much.

Each selected presenter will have 25 minutes to introduce the paper and 35 minutes for discussion in which the over-37 crowd will get its chance. There will also be ample time for social engagement of various kinds.

To apply for a paper slot, please send your draft of no more than 5000 words to RawlsFestYale@gmail.com on or before October 1. Please include an abstract plus a few keywords and expunge any self-identifying elements from your draft, then send it all to RawlsFestYale@gmail.com, with a cover letter stating your name, paper title, contact information and age. All submissions will be acknowledged, and the winners announced before November 1st, 2012.

To guarantee that the reserved room will be appropriate for this event, we kindly ask all participants to register. Please, use RawlsFestYale@gmail.com for all correspondence (inquiries, paper submissions, registration).

Matthew Lister on "Who are Refugees?"

. . . is available here and forthcoming at Law and Philosophy. The abstract:

Hundreds of millions of people around the world are unable to meet their needs on their own, and do not receive adequate protection or support from their home states. These people, if they are to be provided for, need assistance from the international community. If we are to meet our duties to these people, we must have ways of knowing who should be eligible for different forms of relief. One prominent proposal from scholars and activists has been to classify all who are unable to meet their basic needs on their own as 'refugees,' and to extend to them the sorts of protections established under the United Nations Refugee Convention. Such an approach would expand the traditional refugee definition significantly. Unlike most academic commentators discussing this issue, I reject calls for an expanded refugee definition, and instead defend the core elements of the definition set out in the 1967 Protocol to the United Nations Refugee Convention. Using the tools of moral and political philosophy, I explain in this article how the group picked out by this definition has particular characteristics that make refugee protection distinctly appropriate for it. While many people in need of assistance can be helped 'in place', in their home countries, or by providing a form of temporary protected status to them, this is not so, I show, of convention refugees. The group picked out by the UN refugee definition is a normatively distinct group to whom we owe particular duties, duties we can only meet by granting them refuge in a safe country. Additionally, there are further practical reasons why a broader refugee definition may lead to problems. Finally, I argue that rejecting the call for a broader definition of refugees will better help us meet our duties to those in need than would an expanded definition.

Posted by Thom Brooks at 3:08 pm No comments: