It won't be easy, but there are ways to fight this barbarity

. . . is the title of my NEW COLUMN for The Journal and my topic is what the UK should do post-Paris attacks. The Journal is the 2015 UK regional newspaper of the year. [READ ARTICLE HERE].
Posted by Thom Brooks at 5:55 am No comments:

Many thanks to Harvard University and its Political Theory Colloquium

. . . for the kind invitation to speak on "Punitive Restoration" yesterday at the School of Government. An enormously productive discussion that was highly useful - and much fun. My particular thanks to Michael Rosen - a massive influence on my understanding of Hegel and so much else - for inviting me to speak.

Posted by Thom Brooks at 4:42 pm No comments:

Many thanks to Suffolk University

. . .  for hosting my talk "Rethinking Just War" talking aim at just war theorists like Jeff McMahan. Special thanks must go to Nir Eisikovits for helping organise my visit. Excellent discussion and a fabulous time at a great university.
Posted by Thom Brooks at 5:46 am No comments:

Many thanks to Vanderbilt University

. . . for hosting my talk "Why Hegel Matters". A full house and some fabulous discussion. Special thanks must go out to the brilliant Robert Talisse, an old friend, for the kind invitation. Nashville is a wonderful place and a real delight to visit while I was in the US!
Posted by Thom Brooks at 5:40 am No comments:

Many thanks to Arizona State University

. . . for organising a series of talks I delivered in Tempe, Arizona last week. I gave a staff seminar on "Rethinking Just War" taking aim at a popular view of just war theory developed by Jeff McMahan and others in the School of Politics and Global Studies. I spoke with graduate students about academic publishing and finding a university position. I also gave a talk on democracy beyond borders - the case of the EU.

Along the way, I had opportunities to speak with some fabulous people including (no particular order) Jeffrie Murphy, Avital Simhony, Elizabeth Brake, Jack Crittenden, Terry Ball, Rick Herrera, Cameron Thies, Doug Portmore and several others.

And it is worth saying that ASU's Tempe campus is still the most gorgeous university campus I've seen yet - and even better than it was in 1999 when I was last there. If you haven't seen it, go now. You will thank me.
Posted by Thom Brooks at 5:38 am No comments:

The friends that Jeremy Corbyn never knew he had

. . . are the Labour Peers in the House of Lords. From my new column in the Journal (regional newspaper of the year 2015) - READ MORE HERE.
Posted by Thom Brooks at 7:34 am No comments: 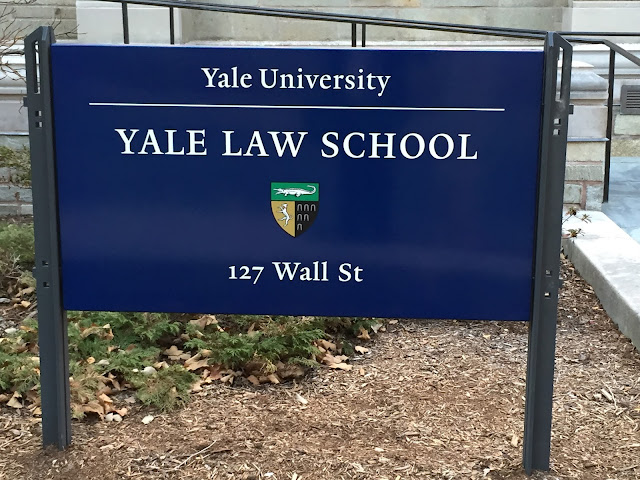 . . . and so blogging will be even lighter than normal. Some readers will know that I'm from New Haven so being here is very much a homecoming. I come under the wing of the brilliant Scott Shapiro as a visiting fellow in the Yale Center for Law and Philosophy in the Law School and thoroughly enjoying my time thus far - and looking forward to my time here. An inspiring place with inspiring people.
Posted by Thom Brooks at 4:07 am No comments:

Many thanks to Johns Hopkins University

My thanks to the great staff and students I met at John Hopkins University in Baltimore earlier this week - and a very big thanks to my old friend Dean Moyar.

I spoke at two events. The first was Dean's class on Hegel's Philosophy of Right where grad students have been reading it alongside my book Hegel's Political Philosophy - received some great questions and discussion. The second was with all the philosophy grad students to discuss how to publish - which went much longer than planned as the discussion flowed and flowed.

A highly enjoyable trip and hope to be back again soon.
Posted by Thom Brooks at 4:02 am No comments: