. . . is the title of my new column in today's The Daily Telegraph. 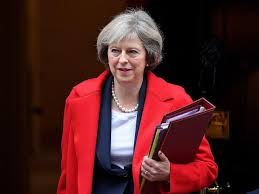 UPDATE: I am delighted to see that the Daily Telegraph has since published an editorial in support of my call for abandoning the government's migration figures.﻿
Posted by Thom Brooks at 4:50 pm No comments:

My PMQ question for Theresa May - on Brexit

Labour Party leader Jeremy Corbyn invites the public to submit possible questions he might put to Theresa May in each week's Prime Minister's Questions in Parliament. This is mine:

""Brexit means Brexit" says nothing at all. Will you please ask the Prime Minister if this spin means nothing - or has her government scribbled a plan during their so-called Brexit brainstorm retreat?

As Professor of Law and Government at Durham University where I'm Head of Law, it is increasingly clear that Brexit means much more that breaking away from the EU or agreeing a new trade deal with the EU. There are difficult issues - relating to maternity pay, workers' rights and others - that need to be divided into what will be kept, what will be reformed and what will be binned and with a plan for each part. This can't be hammered out in a weekend at Chequers or in two years. So why won't the PM come clean and say she won't do it after all?"
Posted by Thom Brooks at 9:45 am No comments:

It now appears increasingly likely that Hillary Clinton wins the popular vote - more voters across the United States are choosing her for President than Donald Trump. If true, this means the Democrats have won the popular vote for the White House in 6 of 7 elections in a row.

Great news? Not exactly. 2016 looks like second time that the Republicans won the election without winning the most votes - the last time was when Al Gore beat George W. Bush at the polls, but Bush won in the Electoral College so became President.

If you think the Electoral College is "a disaster for a democracy" that makes the country "divided" putting it "in serious and unprecedented trouble...like never before" as the system "is a total sham and a travesty. We are not a democracy!" as the world looks on and "is laughing at us" THEN YOU AGREE WITH DONALD J. TRUMP! See what he said --- 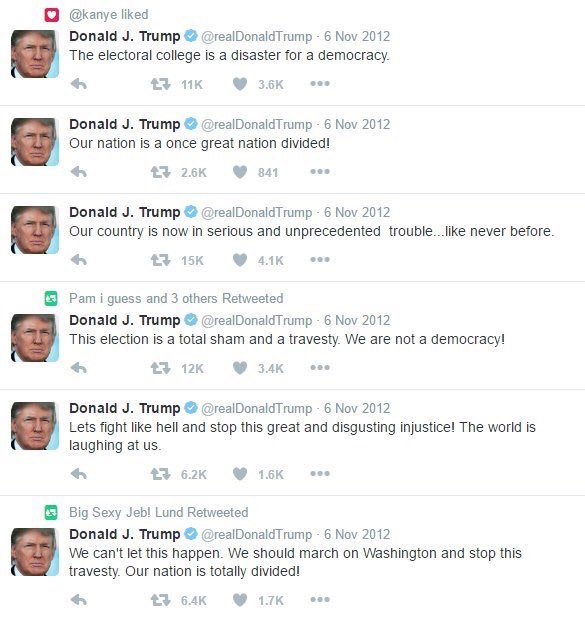 For some reason, Trump has now deleted these Tweets sent when he thought Romney won the popular vote but lost in the Electoral College. Trump has not commented on this since. I can't figure out why....
Posted by Thom Brooks at 9:45 am No comments: